The Irbis System monitors VHF transmitters and makes an alarm when the state of a transmitter changes. Have a look at our intro videos about the system!

For more information, please contact us at info (at) irbistech.se!

The Irbis System is designed for monitoring of trapsite transmitters such as Telonics TBT-500. It makes an alarm when an animal is trapped. This alarm occurs within a few minutes from capture. The time that trapped animals spend in traps is reduced to a minimum, reducing the risk to the animal. The alarm triggers a siren loud enough to wake a sleeping person.

When used, the system checks that it can hear all trapsite transmitters that it is programmed to monitor, and that none of the transmitters are in a triggered state. Field personnel no longer need to get up in the middle of the night to check if an animal has been trapped. The Irbis System will make an alarm if this happens, if a trap can no longer be heard, if the battery is running low, or if a fault that threatens the system's operation has been detected.

The Irbis System should be seen as a complement to manual monitoring of trapsite transmitters. Irbis Tech recommends that the user performs regular checks and tests to verify that the system is working as expected. Suggested test procedures, setup recommendations and usage advice are given in a detailed user manual.

A scientific publication about the design, use and field test of an early version of the Irbis System in 2011 can be found here. The system is now in its third generation and is much improved since we wrote that paper, but the basic mode of operation and the underlying motivation are still the same. 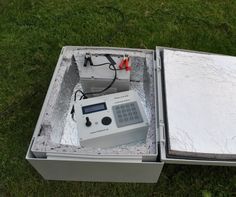 The Irbis System is designed for harsh environments. 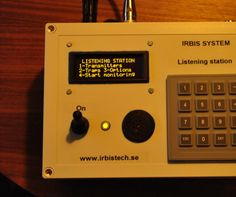 The Irbis System is based on advanced signal processing and fault-tolerant software. 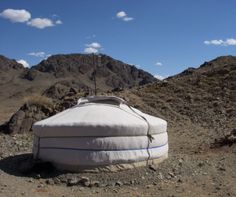 An antenna shows that here, the Irbis System is used for trapsite transmitter monitoring.

When VHF transmissions can be detected at the field camp, an Irbis System can be built around a single Monitor Unit.

The Monitor unit is configured as a "Base/Listening Station". It monitors VHF transmissions and raises alarms.

When VHF transmissions cannot be detected at the field camp, two Monitor Units are needed.

A Monitor Unit configured as a "Base Station" is placed at the field camp. It communicates with the Listening Station via the wireless link and raises alarms.

If the field camp is far away from the transmitters, one or more repeater stations can be used to extend the range of the wireless link between Base and Listening Stations.

A repeater station does not need a Monitor Unit. A power source and a wireless link radio is sufficient. 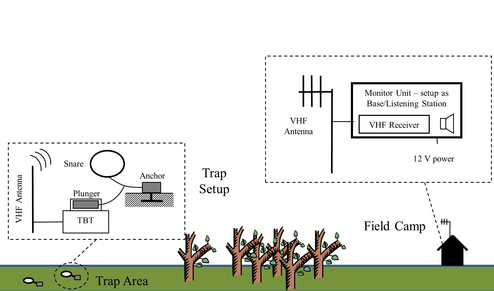 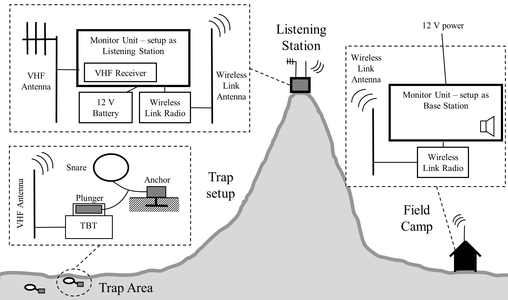